Skip to content
Muddie in the Valley Uncategorized August 25, 2018 1 Minute

For some reason I omitted to post on the work Chris and Ivan did on the rafters. So, a retrospective post is in order.

Chris spent many hours calculating, with the help of a computer program, the position of the rafters and where all the notches would go in each beam.

He then measured and cut the beams and rafters on the ground, in exactly the right place for each rafter to slide into the cut notch of the side beams and the notches in the three huge central ridge poles. 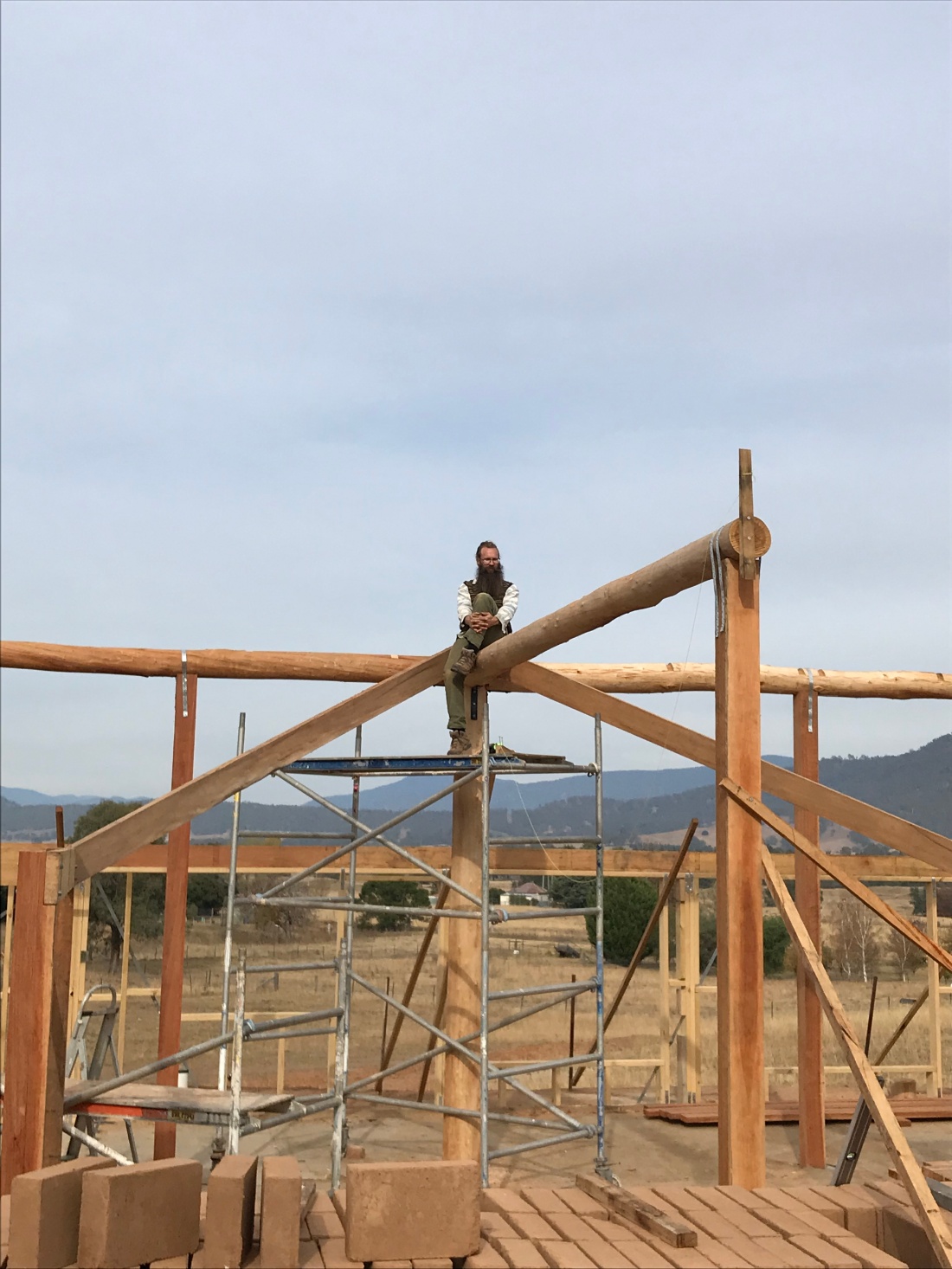 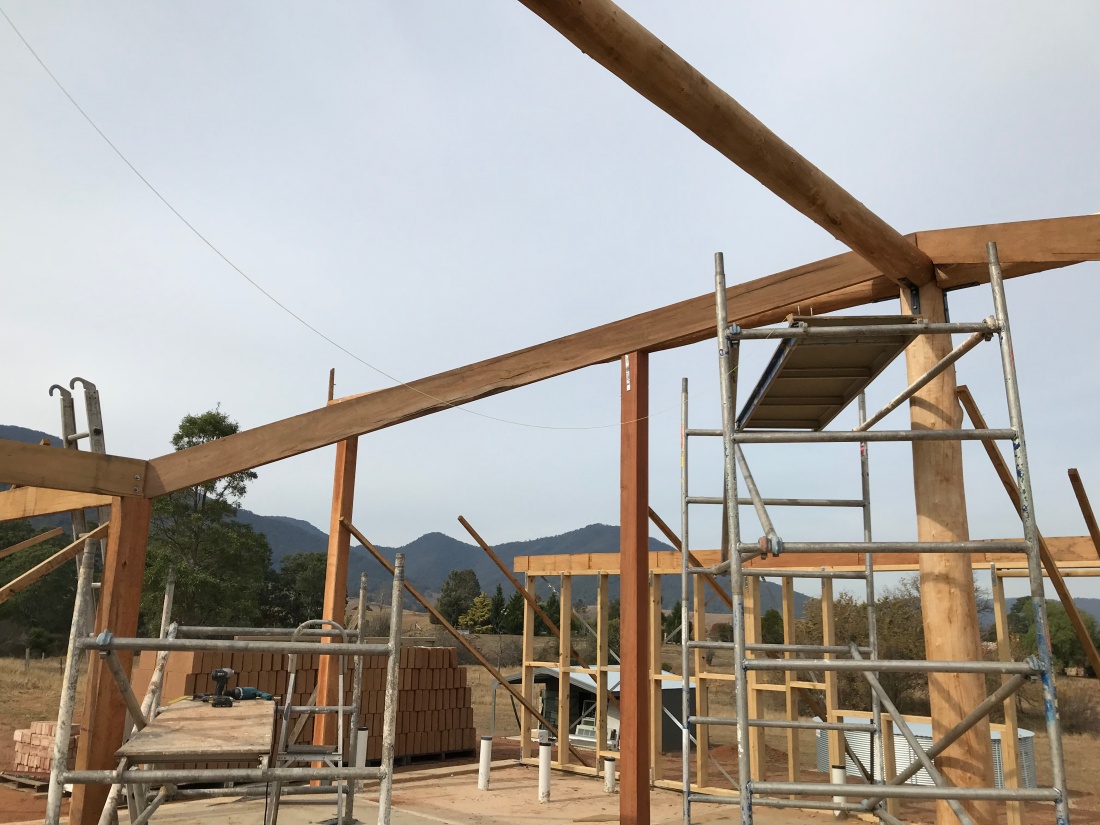 With Ivan’s help the beams were placed in position one after the other. A few adjustments were made and things went along quite smoothly. 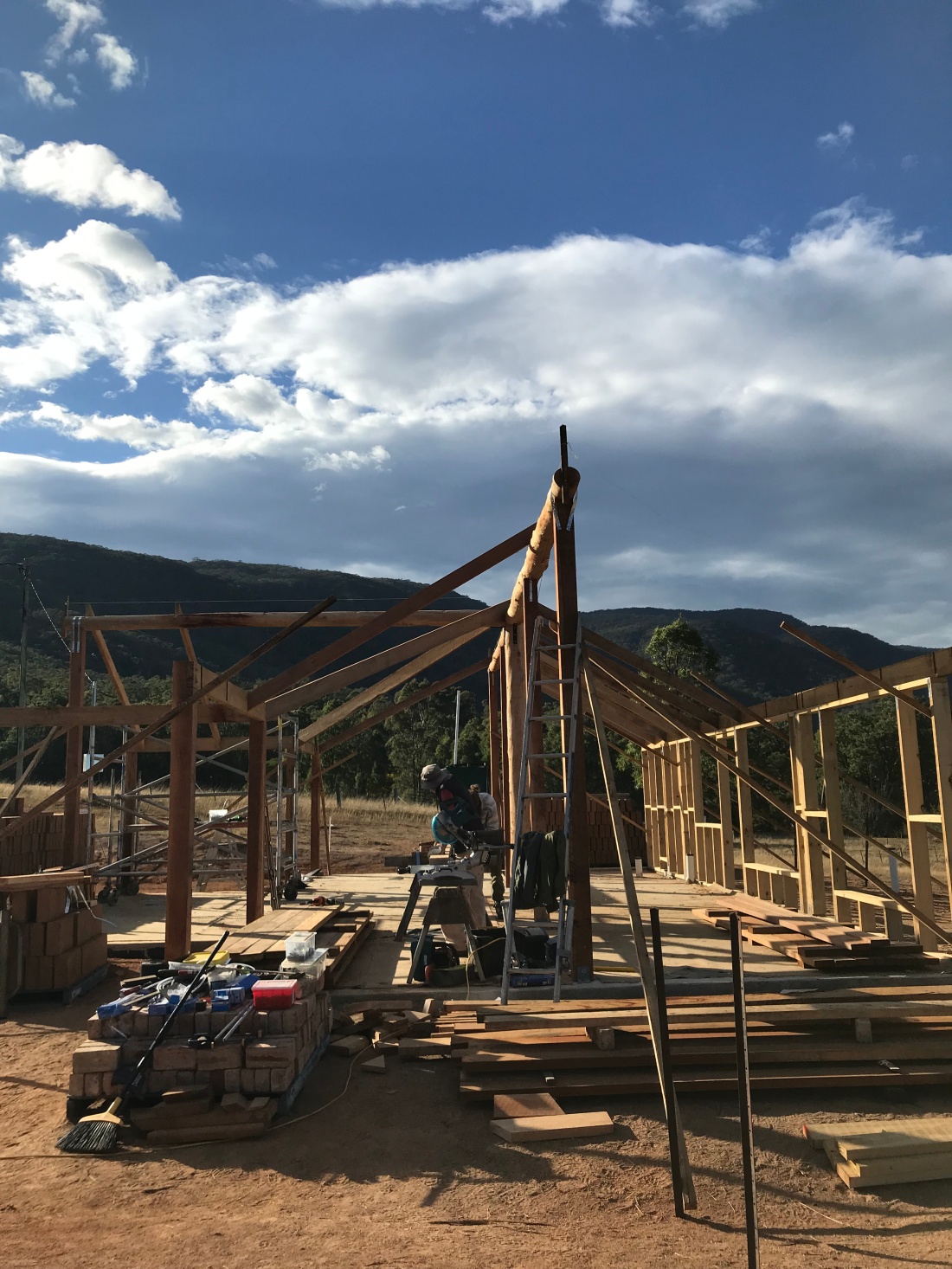 The eastern bedroom had been extended to allow for extra space and that proved a bit of a headache with the calculations. Chris and Ivan spent a few hours shaking their heads as nothing seemed to be working but finally put the beams in place and proceeded to question when and how it had caused so many issues. A perfectionist musician with a touch of ‘dog with a bone’ mentality and a former physics/maths/problem solver IT/teacher are quite happy to spend hours thinking and talking about angles and calculations. 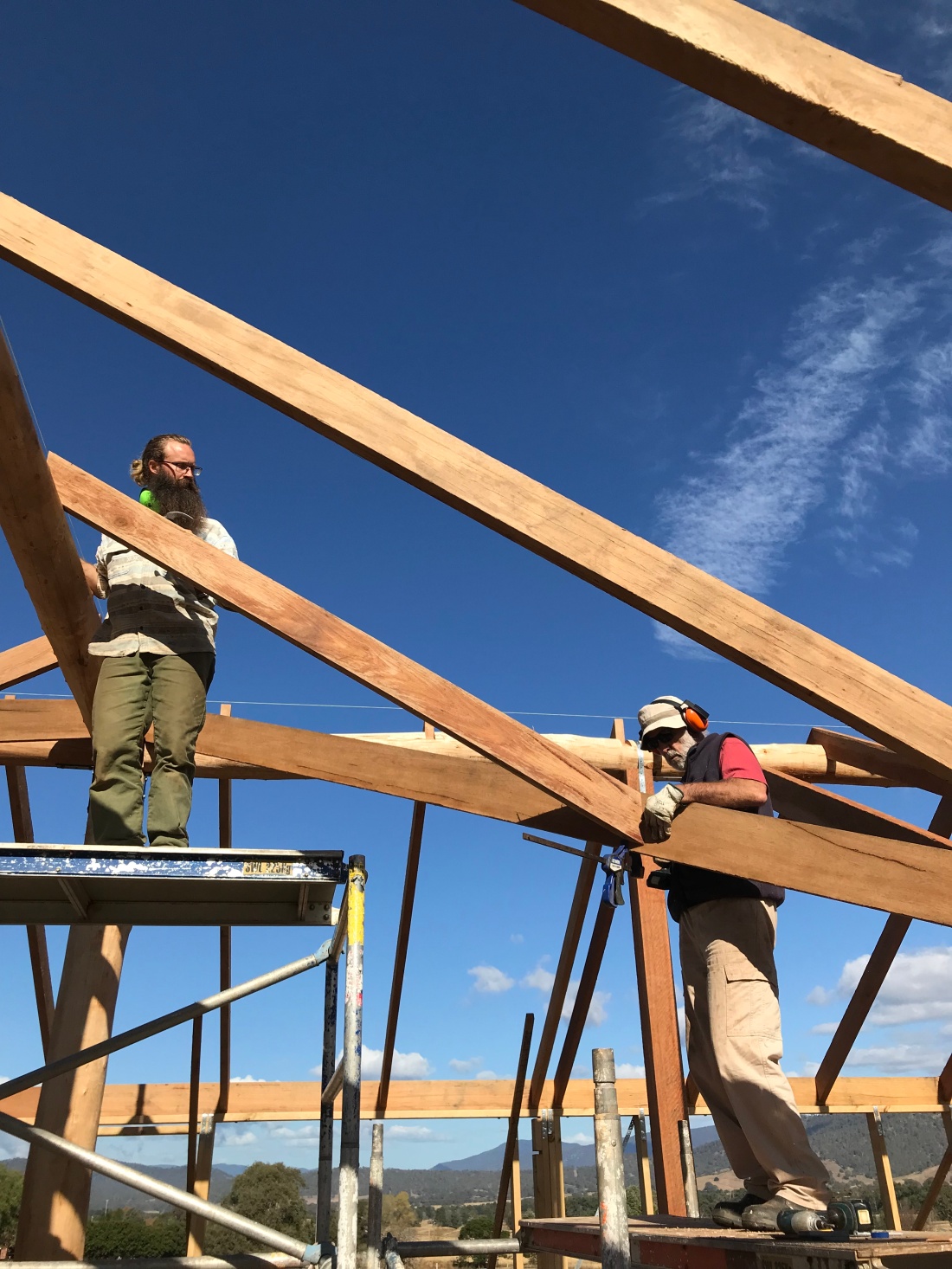 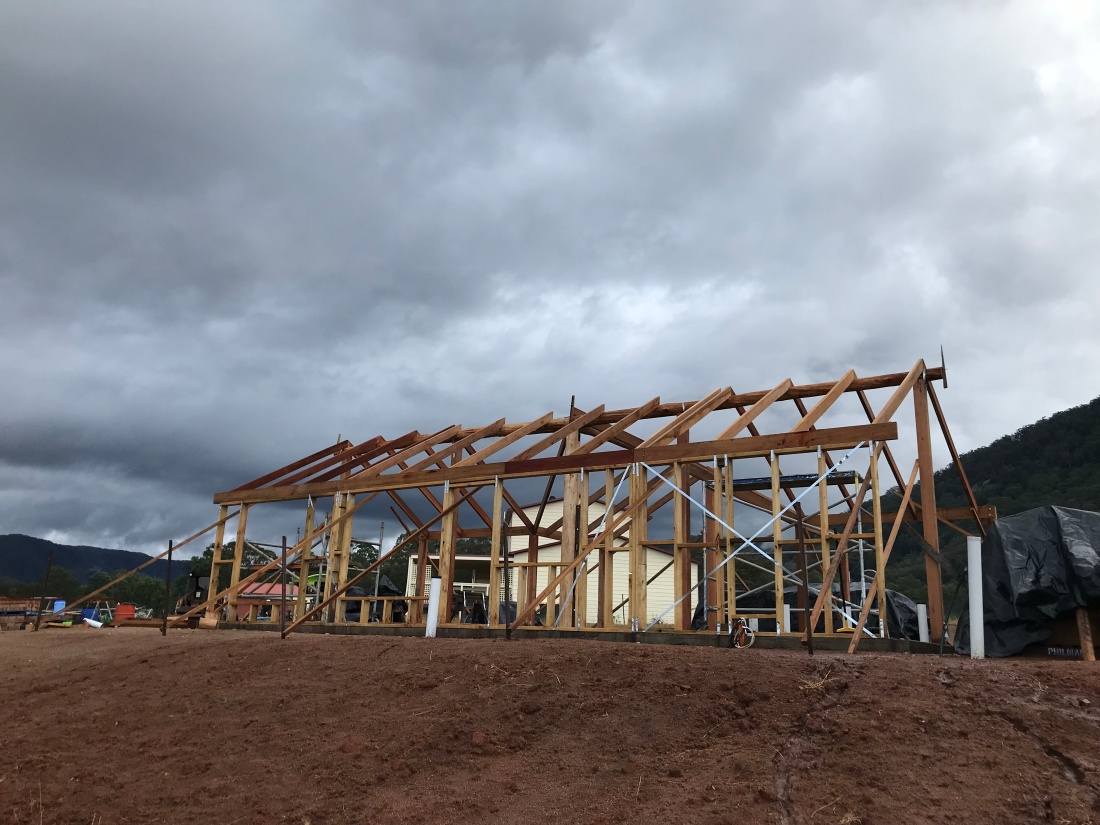 On their next visit the council inspectors wandered around looking up at the beams and rafters and finally asked,

‘Did you hand notch all of these?’

I know I have used this photo before but it deserves a second showing. 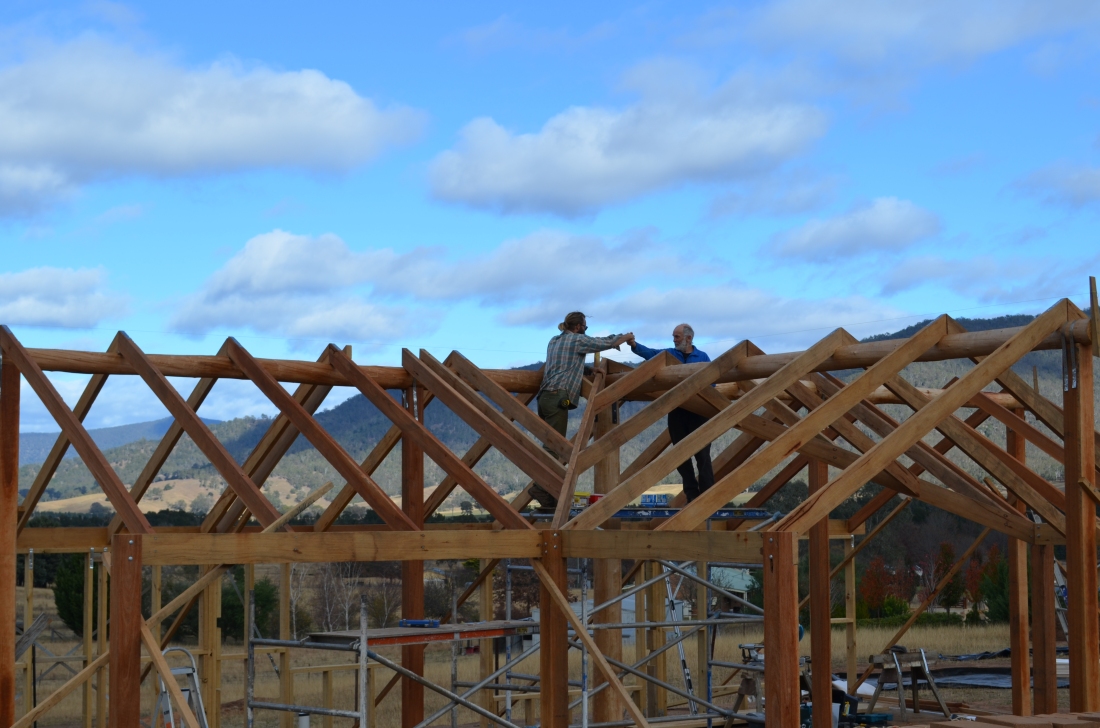 Published by Muddie in the Valley

View all posts by Muddie in the Valley